Leg 30 – Coasting towards the coast

A brief stopover near a creek allowed Dr Leanda and Canine Indi to see an active wombat burrow, but despite staying up very late and waking up very early, the wombat itself remained unseen.

… and towards the ocean, but not before stopping off in Bega. Famous for being a brand of cheese, spreads and other delicious treats. 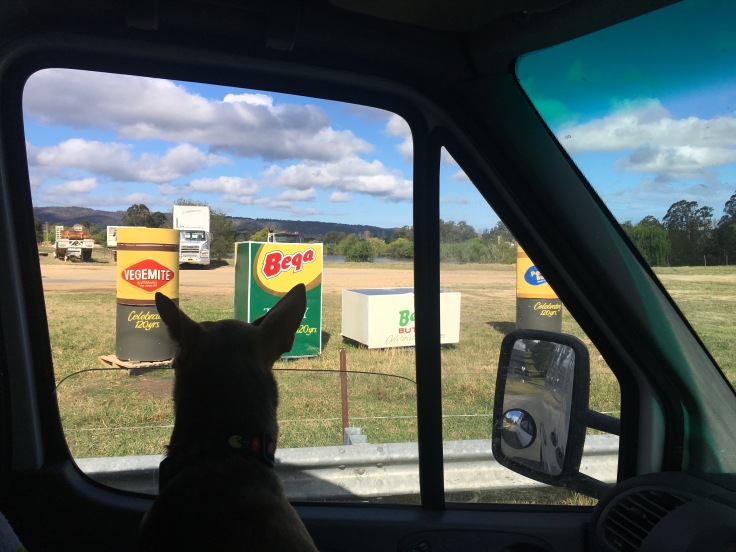 Dr Leanda could not help but visit the famous cheese factory. 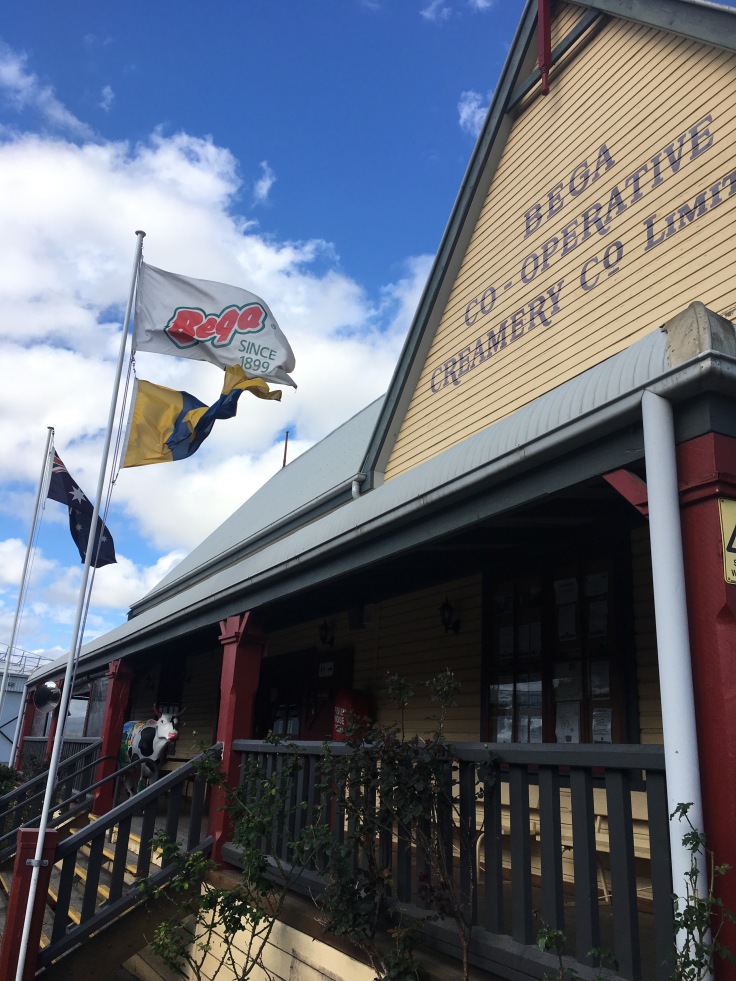 Where she learnt how cows were milked from an automation. Crème de la crème of informative machines. 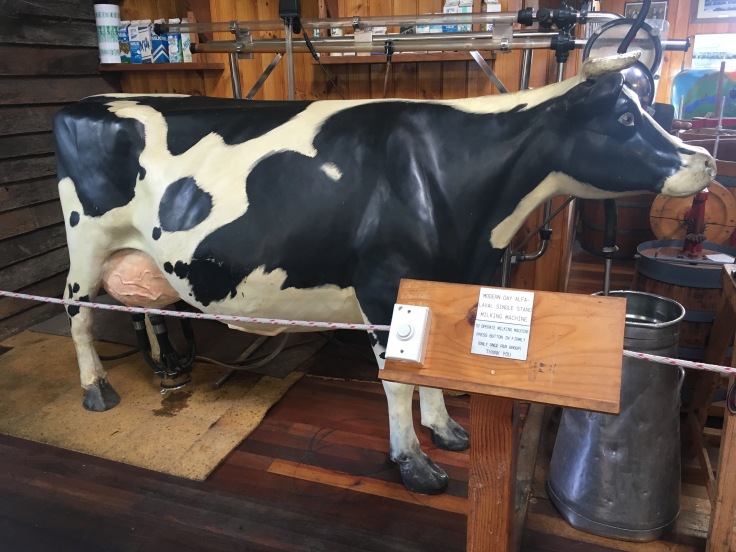 After a lac of self-control, Dr Leanda continued on to the new house of her old PhD supervisor Retiree Grant, and his wife, Retiree Angela.

Truly excellent hosts, they took Dr Leanda and Canine Indi for many walks. Along coastal wetlands…

… where many trees were admired. 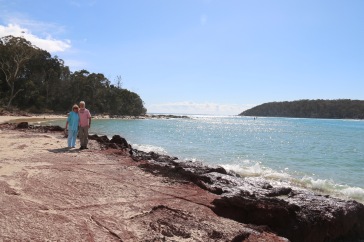 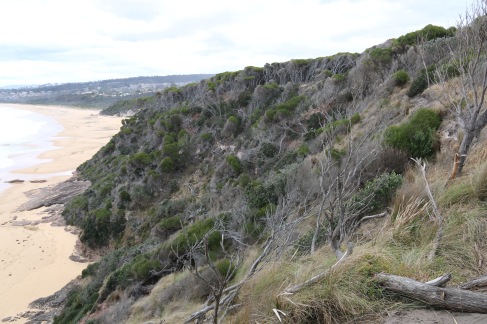 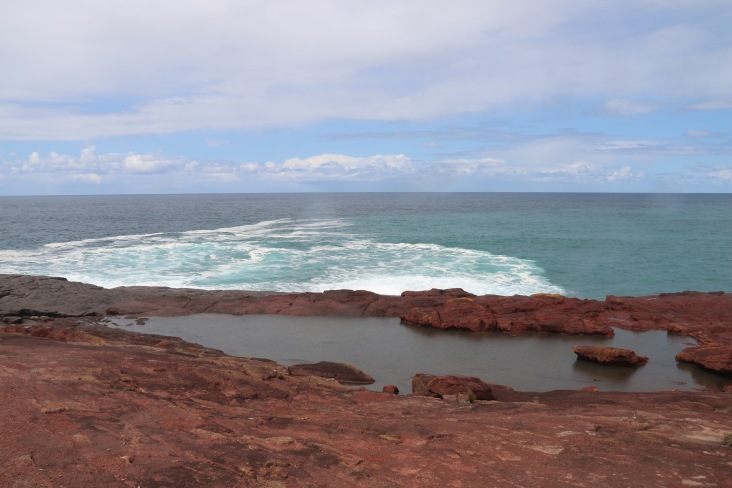 … to watch the migrating birds and playful whales …

… while partaking in a delightful picnic! 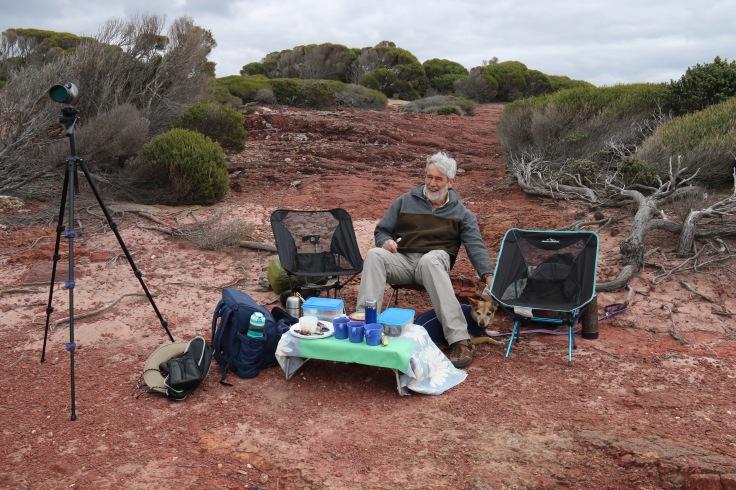 Indeed, much yummy food was served – putting the MMmmm into Merimbula. 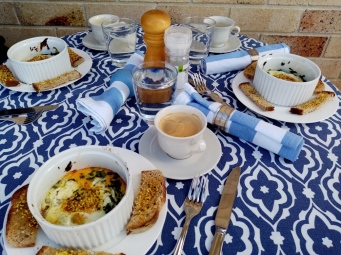 And fond memories made. 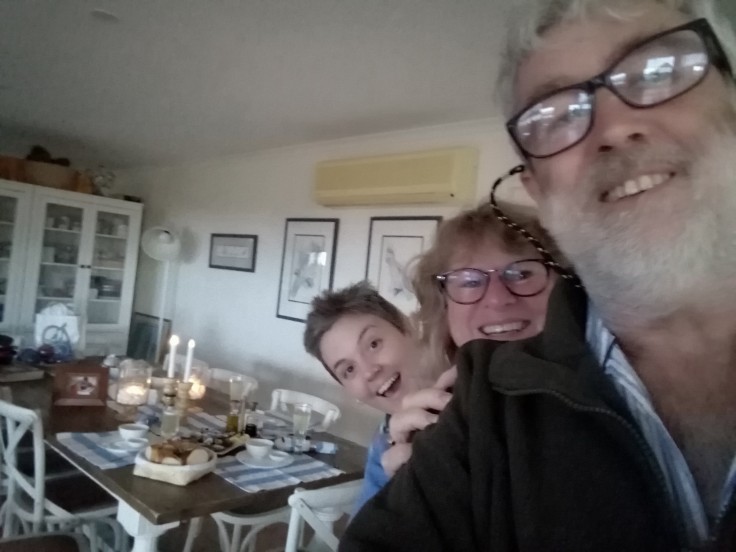 Canine Indi was only just getting comfortable before the duo head off once again.

After such civilised company, Dr Leanda decided a retreat back into wild surroundings would be good. The two were able to enjoy a patch along Nucilla River all to themselves for most of a week.

There were some pollutant people that had evidently visited recently, which was disappointing. Dr Leanda collected as much as she could find in the otherwise undisturbed forest.

Dr Leanda braved some local oysters, saw a lyrebird, and laughed at the frequent ‘plops’ made by fish jumping out of the water. 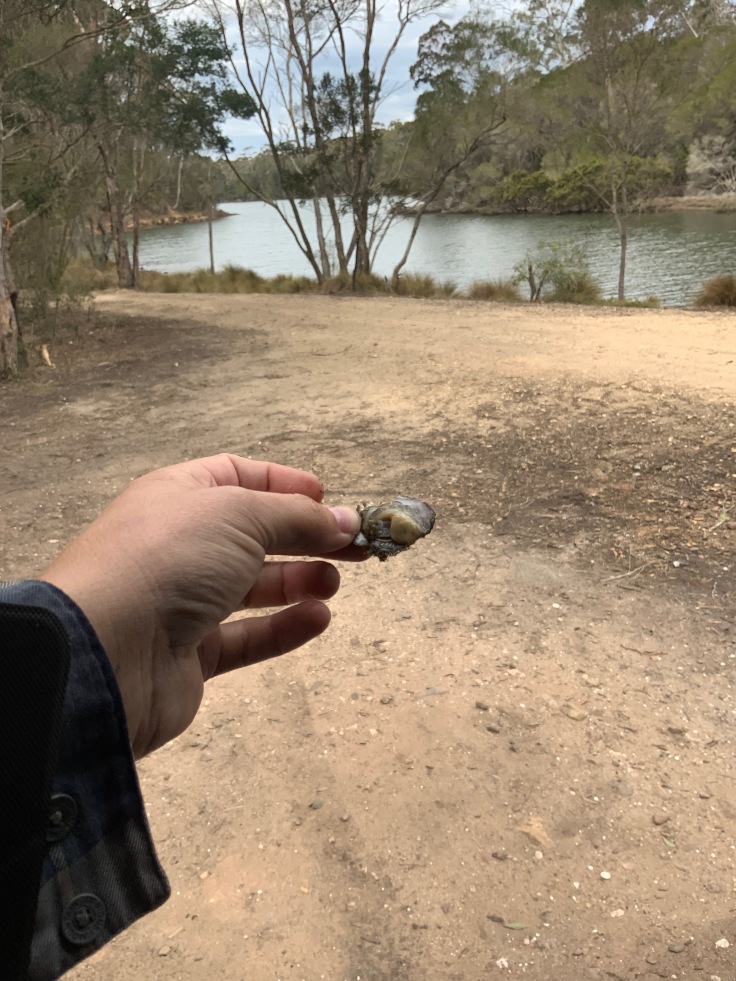 Some much needed ‘forest bathing‘ was the botanical scrub needed for Dr Leanda’s brain before moving right along. 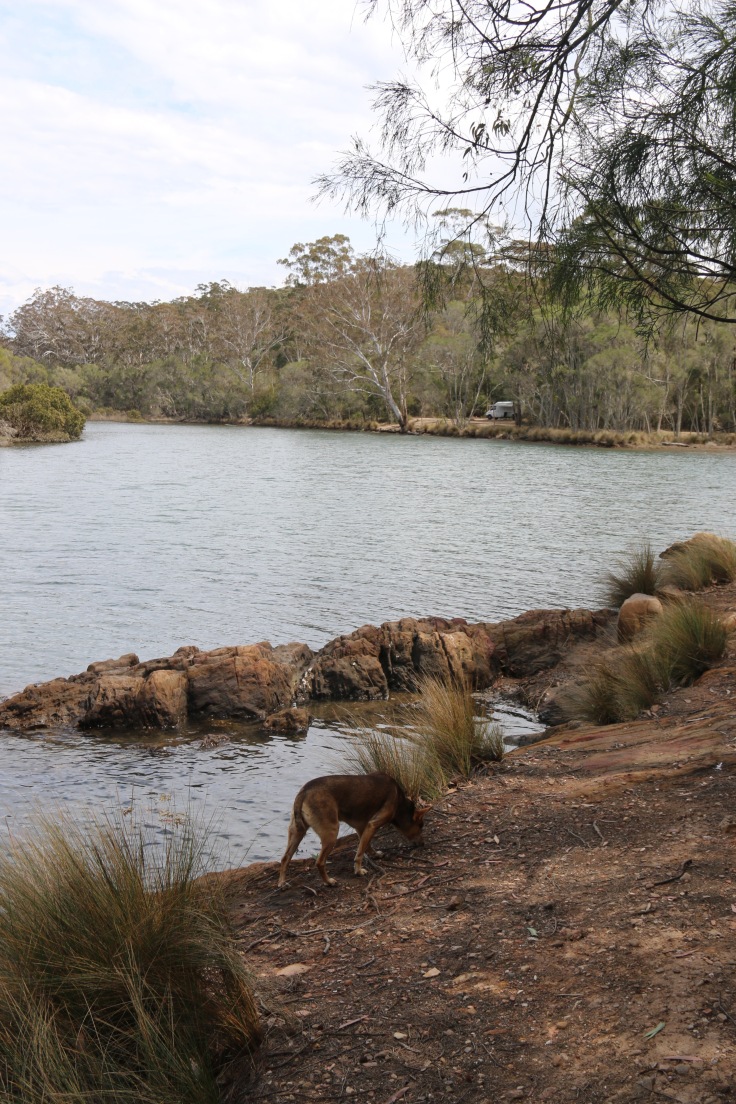 A few nights were spent at a free campground near Cann River, where many walks were enjoyed. 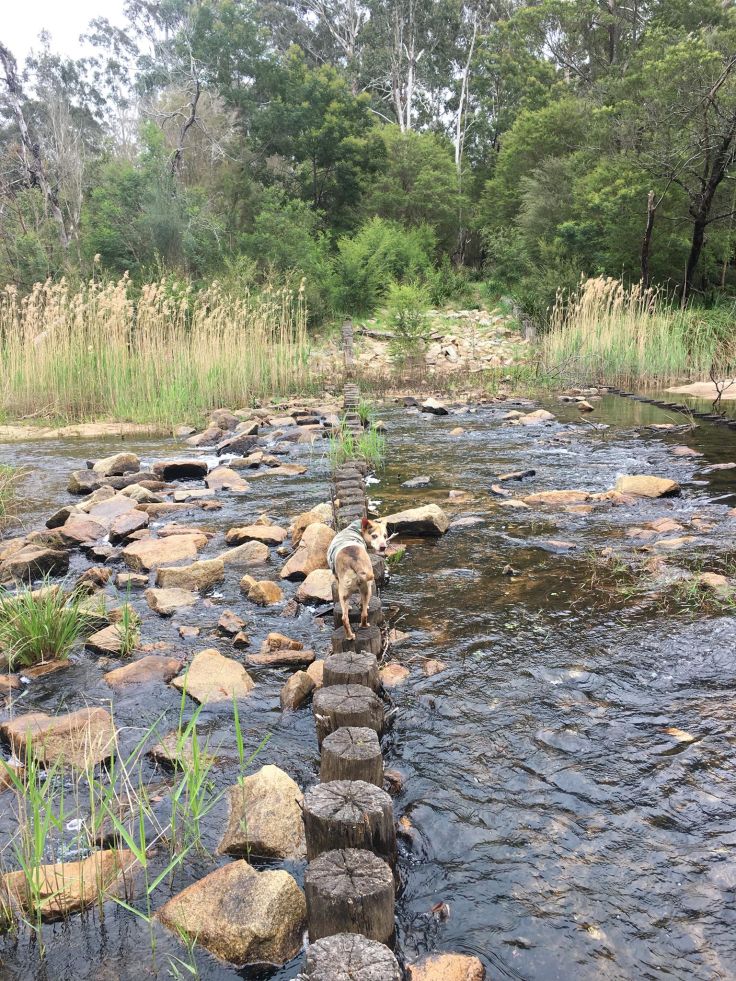 Even if it was hard to see Canine Indi in her camouflage.

Some excellent birdlife were also enjoyed.

Then Dr Leanda decided to camp overnight at Wyanga Park Winery.  She had a great yarn with the father of the family business, and was invited to have a look at the silken burrows on the property to see if they were funnel-web spiders. They were actually open-holed trapdoor spiders (Family Nemesiidae), but Dr Leanda still very much enjoyed verifying. 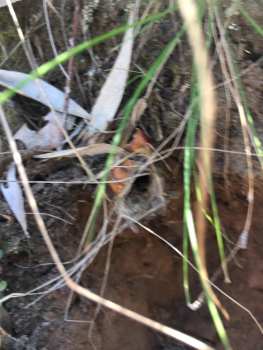 Mindful of their impending ferry ride, Dr Leanda made her way towards Melbourne and crossing the Victorian border near the Snowy River region. Some very impressive sights were seen… 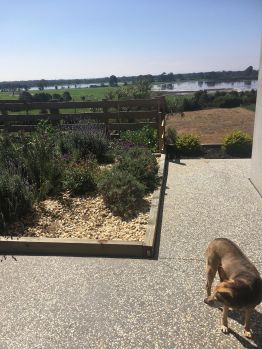 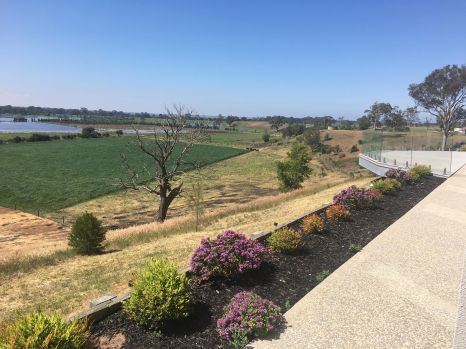 … but none more exciting to Dr Leanda than the luxiourous bathtub owned by her relatives that live near Sale; Bee-lovers Kim and Lisa.

After some good clean fun, that involved much chatting, delicious food, and the feeding of a lamb…

… it was onwards to grubby Melbourne. After a few nights in Altona Meadows, with Canine Indi enjoying the dog park and Dr Leanda enjoying the wetlands, they crossed the Bass Strait on Spirit of Tasmania.

Some relaxing beach walks in Carlton, conferences, and more adventures in Tasmania will continue until the next installment.