Dr Leanda and Canine Indi quickly discovered that the wild north, is well… wild. Despite buffel grass being the dominant plant species, there are still many patches of native bush stuffed to the brim (of yer cowboy hat) with wildlife. Also, that some experiences are greatly enhanced by company.

Darwin is a hot, and humid city that Dr Leanda loved for the friendliness of the locals. Very relaxed and easy-going was the general vibe, perhaps because it is too hot and muggy to rush.

Dr Leanda – complete with all-over-her-body sunburn – dashed to picked up her friend Lichen-lover Lee Ping from the Darwin airport in the middle of the night. The two had met two years ago, in the wild rainforests of Borneo during a scientific expedition where Dr Leanda searched for trapdoor spiders, and Lichen-lover Lee Ping searched for lichen. The expedition was as insanely awesome as it sounds, with the two taking a lichen to each other, remaining friends ever since. However, Lichen-lover Lee Ping was not staying in Darwin long, and so the two tried to see as much as possible by going to a crocodile park.

There were many crocodiles. 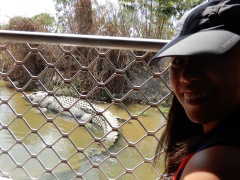 As well as some other charismatic creatures…

Even a very pretty kingfisher, the photo of which is a great candidate for ‘Crap bird photography’. 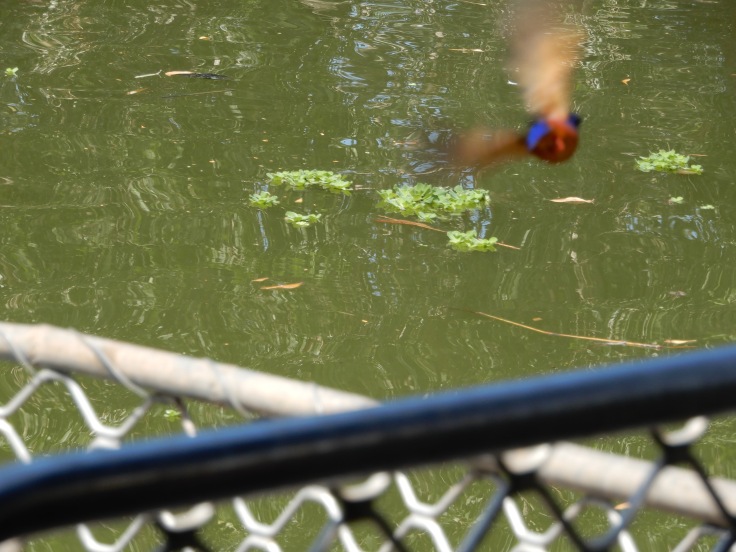 Then they visited the famous Mindil Beach Markets, where many peculiar treasures were found. 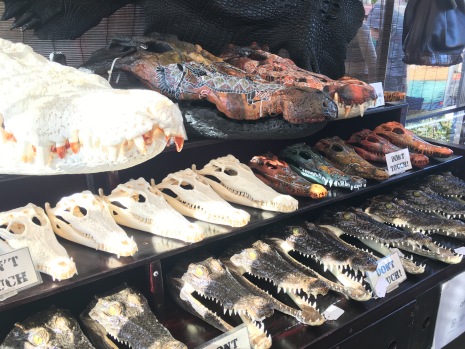 Canine Indi was unimpressed by being left out of the fun all day, so Dr Leanda took her for a very long walk along the beach that evening. 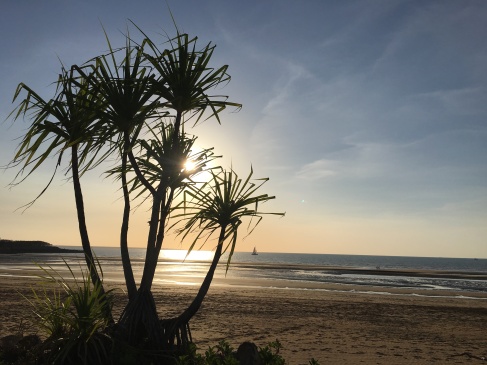 They also found hermit crabs. One of them had lost a shell…

Luckily the duo were able to find some new real estate easily enough.

Very, very early the next morning, Dr Leanda and Canine Indi said farewell to Lichen-lover Lee Ping. And then had a big sleep in to try recover from all the lost sleep.

Dr Leanda and Canine Indi visited a fish and chip shop called Frying Nemo that evening. The Barra burger was exceptional, and the icy cold beer a real treat. They slept well at the marina that night. 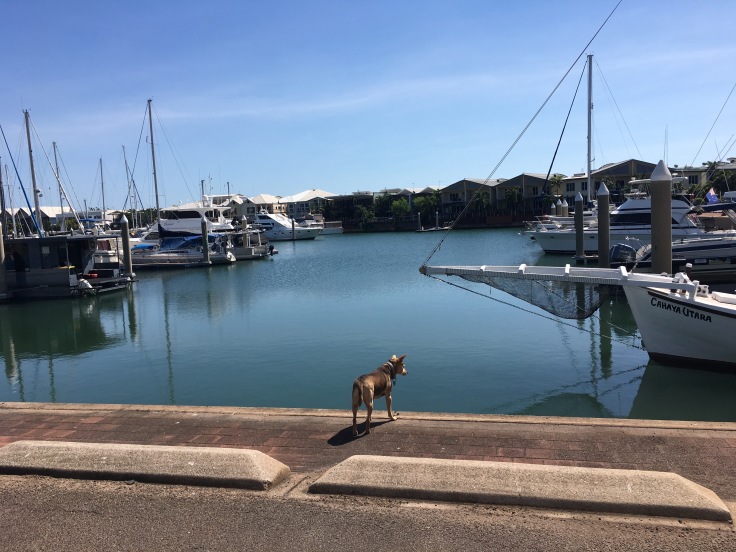 Unfortunately, Canine Indi was not allowed into the area (despite horses seemingly encouraged?!), so Dr Leanda made it up to her the next day with another beach walk featuring even more hermit crabs.

The next day Dr Leanda visted the museum at which Arachnovangelist Caitlin worked – the Museum and Art Gallery of the Northern Territory. It was one of the best museums Dr Leanda has ever visited. The resident taxidermists obviously knew how to do their stuff(ing)!

Dr Leanda even got a special behind-the-scenes look at their trapdoor spider collection. 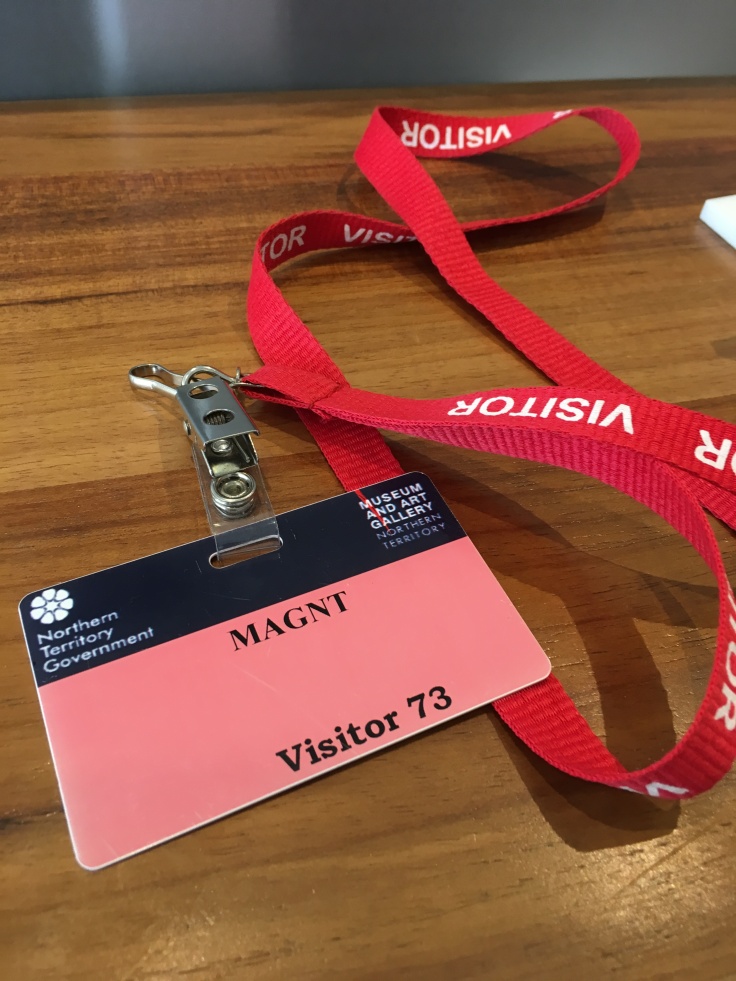 After a few minor repairs on Bowser, Dr Leanda and Canine Indi were on the road again, heading down towards Tennant Creek and then east towards Mt Isa in Queensland.

There were many termites. 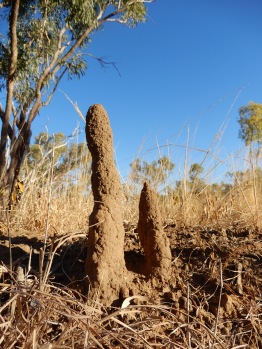 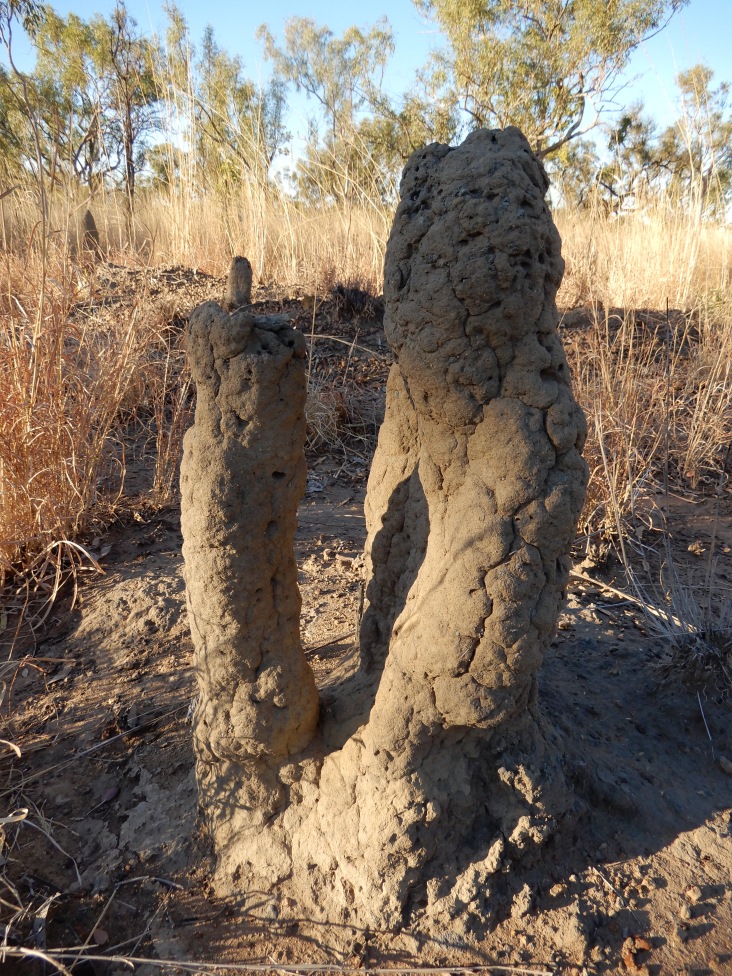 But Dr Leanda also found a trapdoor spider colony, and dug up a specimen to send to Arachnovangelist Caitlin. 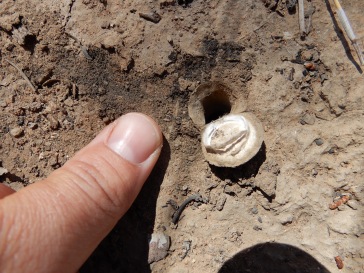 Although there were not many places to stop, the friendly people made the journey much more enjoyable. There were some real characters on the road… Motorcyclists Barry was kind enough to pose for a photo next to his Harley Davidson. The Centrelink bumper sticker is one Dr Leanda found highly amusing. 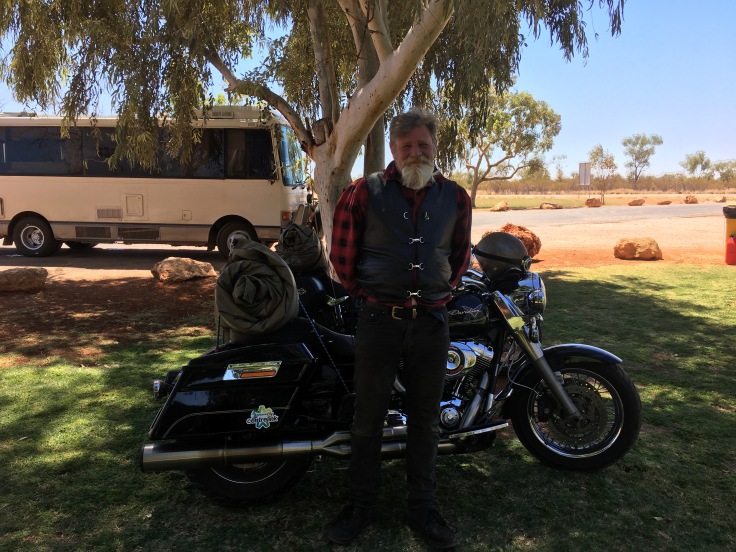 Around a campfire Dr Leanda learnt from Ex-trucker John that Canine Indi should get a tick wash before going to Queensland, some good spots to visit, and that she should *never ever* sell Bowser because she will regret it. Ex-trucker John also suggested some wider tyres to help avoid getting bogged (again).

Around a different campfire, Dr Leanda and Canine Indi met Kiwis Pat and Peter. Dr Leanda very much wants to visit Coober Pedi after talking to them about the underground movements in which they took apart. They were very interested in the local trapdoor spiders… Dr Leanda had a top end laugh. 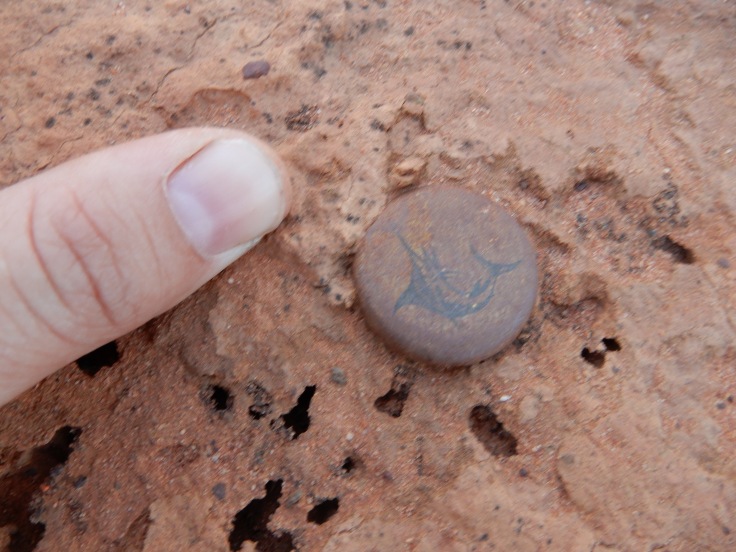 After crossing the border though, a small paradise in the form of a billabong appeared. It was here that they settled in for an extra night to recover, and enjoy watching the native wildlife drinking their fill at the desert oasis. 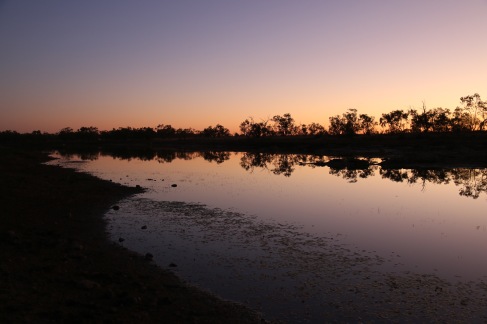 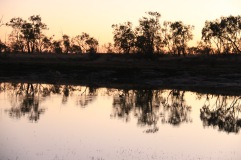 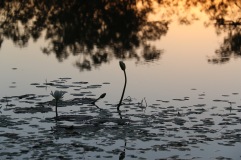 Dr Leanda had fun playing with a swish camera and taking out-of-focus photos of birds. 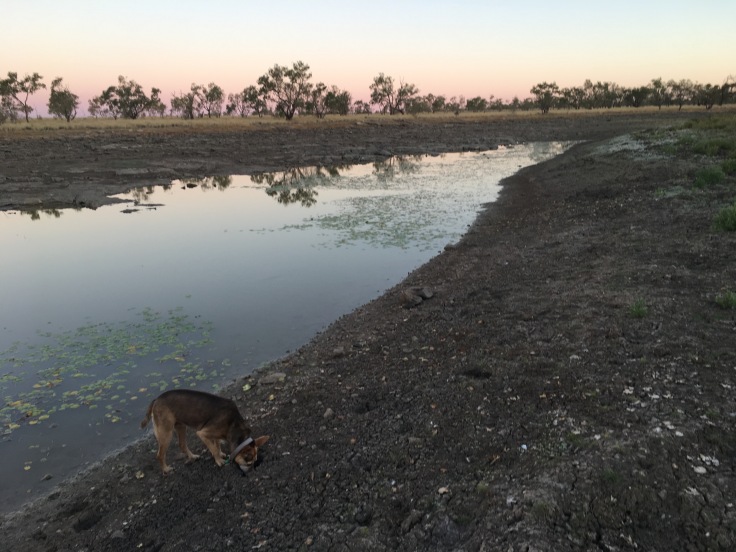 More adventures on the horizon soon.

One thought on “4/ Girding Australia”